The normal spine is structurally balanced for optimal flexibility and support of the body’s weight. When viewed from the side, it has three gentle curves. The lumbar (lower) spine has an inward curve called lordosis. The thoracic (middle) spine has an outward curve called kyphosis. The cervical spine (spine in the neck) also has a lordosis. These curves work in harmony to keep the body’s center of gravity aligned over the hips and pelvis. When viewed from behind, the normal spine is straight.

Each of these conditions can arise for a variety of reasons, including congenital deformity (deformity present at birth), age-related degeneration, disease processes like tumors or infections, other conditions, or idiopathic causes (causes that are not yet understood).

Signs are observable indications of a condition. Signs can be seen or felt by people other than the patient. Signs of scoliosis may include a difference in shoulder or hip height, a difference in the way the arms hang beside the body, a spine that is visibly off-center, or a head that appears off-center with the body. Signs of sagittal imbalance may include a stooped forward posture, a hump in the back, or an inability to stand up straight.

Symptoms can be felt by the person with the condition. Symptoms of scoliosis vary: most cases of infantile, juvenile and adolescent scoliosis, for example, produce no symptoms. Degenerative scoliosis is often accompanied by pain. Symptoms of sagittal imbalance range from mild discomfort to severe pain. Spinal deformities also have the capacity to interfere with the spinal cord or nerve roots. Stretch or compression of the spinal cord or nerve roots produces symptoms that may include pain, weakness, numbness, or tingling that travel down an arm or a leg.

Surgery is considered if:

The goals of surgery are to relieve symptoms and to align and stabilize the spine. However, since spinal deformity varies from patient to patient, no two surgical treatments will be the same. An experienced surgeon can determine the best treatment for each patient and each situation.

Aligning and stabilizing the spine are complex procedures. Spinal alignment must be achieved from all angles, and keeping the spine in its stable position often requires implanting hardware such as screws and rods. 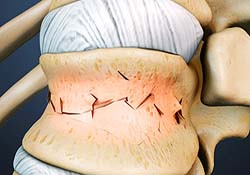 Even minor falls or trauma can produce a spine fracture. Many of these injuries will never require surgery, but major fractures can result in serious long-term problems unless treated promptly and properly. Spine fractures range from painful compression fractures,...

END_OF_DOCUMENT_TOKEN_TO_BE_REPLACED 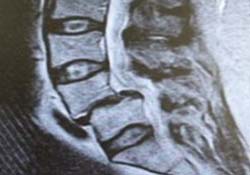 Each spinal segment is like a well-tuned part of a machine. All of the parts should work together to allow weight bearing, movement, and support. A spinal segment is composed of two vertebrae attached together by ligaments, with a soft disc separating them. The facet...

END_OF_DOCUMENT_TOKEN_TO_BE_REPLACED 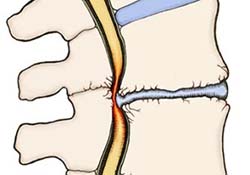 Spinal stenosis is a narrowing of the spaces within your spine, which can put pressure on the nerves that travel through the spine. Spinal stenosis occurs most often in the lower back and the neck.Some people with spinal stenosis may not have symptoms. Others may...

END_OF_DOCUMENT_TOKEN_TO_BE_REPLACED

A herniated disk refers to a problem with one of the rubbery cushions (disks) between the individual bones (vertebrae) that stack up to make your spine. A spinal disk is a little like a jelly donut, with a softer center encased within a tougher exterior. Sometimes...